The Invisible Hand Which Conducts the Affairs of Men 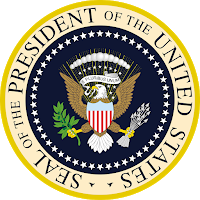 Inauguration Day 2017 brings a
new president to deliver a speech to the American people. The words will be
scrutinized, analyzed, accepted or denied as relevant and proper for the time.
The message will carry hope for some and discouragement for others. This marks
the fifty-eighth speech by a newly elected or re-elected president. Here’s
an excerpt from speech number one, given on April 30, 1789, by our first
president: 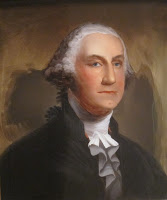 Such being the impressions under which I have, in
obedience to the public summons, repaired to the present station, it would be
peculiarly improper to omit in this first official act my fervent supplications
to that Almighty Being who rules over the universe, who presides in the
councils of nations, and whose providential aids can supply every human defect,
that His benediction may consecrate to the liberties and happiness of the
people of the United States a Government instituted by themselves for these
essential purposes, and may enable every instrument employed in its
administration to execute with success the functions allotted to his charge. In
tendering this homage to the Great Author of every public and private good, I
assure myself that it expresses your sentiments not less than my own, nor those
of my fellow-citizens at large less than either. No people can be bound to acknowledge
and adore the Invisible Hand which conducts the affairs of men more than those
of the United States.

This passage is included in the second paragraph of Washington’s very
long, literary speech. Upon his re-election, the inaugural offering was in its
entirety thirty-one words shorter than this one excerpt. Nothing else to say?
New speech writer? Less reliance on that Almighty Being. I’ll leave that to the
historians.
The next president moved the acknowledgement of God to the end of his
speech, and there it remained in several future speeches. Here are the words
John Adams spoke on Inauguration Day, March 4, 1797:
And may that Being who is supreme over all, the
Patron of Order, the Fountain of Justice, and the Protector in all ages of the
world of virtuous liberty, continue His blessing upon this nation and its
Government and give it all possible success and duration consistent with the
ends of His providence.

From Thomas Jefferson, March 4,
1801:
Relying, then, on the patronage of your good
will, I advance with obedience to the work, ready to retire from it whenever
you become sensible how much better choice it is in your power to make. And may
that Infinite Power which rules the destinies of the universe lead our councils
to what is best, and give them a favorable issue for your peace and prosperity.

From James Madison, March 4, 1809
In these my confidence will under every
difficulty be best placed, next to that which we have all been encouraged to
feel in the guardianship and guidance of that Almighty Being whose power
regulates the destiny of nations, whose blessings have been so conspicuously
dispensed to this rising Republic, and to whom we are bound to address our
devout gratitude for the past, as well as our fervent supplications and best
hopes for the future.

Abraham Lincoln’s beseech of the Almighty was placed closer to the middle of his speeches. From his first inaugural speech, March 4, 1861:
If the Almighty Ruler of Nations, with His
eternal truth and justice, be on your side of the North, or on yours of the
South, that truth and that justice will surely prevail by the judgment of this
great tribunal of the American people. 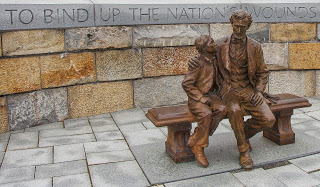 And from Lincoln’s
second inaugural speech, March 4, 1865:
Each looked for an easier triumph, and a result
less fundamental and astounding. Both read the same Bible and pray to the same
God, and each invokes His aid against the other. It may seem strange that any
men should dare to ask a just God’s assistance in wringing their bread from the
sweat of other men’s faces, but let us judge not, that we be not judged. The
prayers of both could not be answered. That of neither has been answered fully.
The Almighty has His own purposes . . . Fondly do we hope, fervently do we pray, that
this mighty scourge of war may speedily pass away. Yet, if God wills that it
continue until all the wealth piled by the bondsman’s two hundred and fifty
years of unrequited toil shall be sunk, and until every drop of blood drawn
with the lash shall be paid by another drawn with the sword, as was said three
thousand years ago, so still it must be said “the judgments of the Lord
are true and righteous altogether.”

Now on Inauguration Day, 2017, no
intent of any political movement can be as difficult as the one Lincoln faced
as president. No citizen feeling he is denied due rights has suffered under the
law, or required freedom by the law, as were the people of that time. No
internal battle our nation now faces compares.
Whether God is mentioned or not,
revered or forgotten, beseeched or ignored within the new president’s first
words to the nation does not determine God’s presence. Or His intervention. Or
His blessing. Presidents are only men, and one day a woman, chosen by God for a
time and purpose. God is not stopped by a man’s words, nor by a nation’s
dismissal. No president is appointed outside of God’s will. Not one is a
mistake.
Of course, every Inauguration
Day address can not be included in this post on this important day in history. But
here’s one more.
From the beginning of Dwight
Eisenhower’s address, January 20, 1953:
My
friends, before I begin the expression of those thoughts that I deem
appropriate to this moment, would you permit me the privilege of uttering a
little private prayer of my own. And I ask that you bow your heads:

Almighty
God, as we stand here at this moment my future associates in the Executive
branch of Government join me in beseeching that Thou will make full and
complete our dedication to the service of the people in this throng, and their
fellow citizens everywhere.

Give us, we
pray, the power to discern clearly right from wrong, and allow all our words
and actions to be governed thereby, and by the laws of this land. Especially we
pray that our concern shall be for all the people regardless of station, race
or calling.

May cooperation
be permitted and be the mutual aim of those who, under the concepts of our
Constitution, hold to differing political faiths; so that all may work for the
good of our beloved country and Thy glory. Amen. 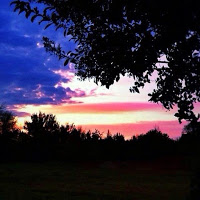 To read all the Inauguration Day speeches, visit:
http://historyinpieces.com/research/presidential-inauguration-dates