In the past couple of years I’ve written several posts
relating to the Gospel. The first was The Actual Gospel, which referred to “what
American seekers of all things Godly are apt to find, or not find, when they
walk into a church.” Soon after, I wrote about The Wavering Severity of the Gospel, in which I quoted a believer who’d grown tired of the sin bashing. He
said, “It’s not like we’re ax murderers or anything.”
I wrote a “Gospel” blog
post every few months. In The Command of the Gospel I hoped to explain what I
had come to understand—that the Gospel is not a choice to be made. I didn’t
decide to pick this way instead of that way, or no way at all. And yet I did. As
I stated in the post, “God isn’t asking me to choose. I’m covered by
furious waves and He’s telling me to cling to Him or drown. And so I…choose…to
cling and not to drown.”
Then there was The Minimalist Gospel, The Lavish Gospel, and
The Intolerant Gospel, which stated, “we fall under the oppression of subjective
thinking. And we call it tolerance.” A Christmas post reflected on The Imminent Gospel.  Then came one of my favorites,
The Selfless Gospel, in which I explored the paradox of “the rhythm of
salvation and the poetry of grace.”
Most recently, I wrote about The Far-Reaching Gospel, which “reaches
into a stained society to free those wrenched in unbelief. It calls to the ones
deemed unclean. It meets the threat of perversion. It counters the claim of
irrelevance. It is a far reach the Gospel sustains into the uncomfortable
places we thought we could avoid.” 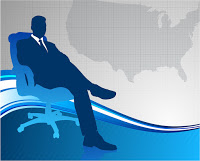 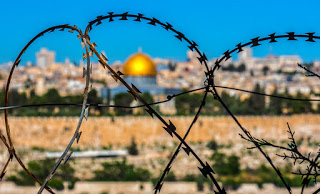 A week into 2017,
wrap-up stories of the tumultuous year we left behind and predictions of what’s
to come leave me mindful of and grateful for the everlasting Gospel. Recent
behavior suggests, at least in the minds of some, that our outgoing president
plans to take down our incoming president, and perhaps America, too. And as
the old POTUS shuns Israel, the new one appears to embrace the apple of God’s
eye. Whether he will waver, time will tell, but God’s plan is sure.
As prophecy
concerning Israel ramps up, so it does for the Church. A report states that in
2016, 90,000 Christians were killed for their faith. Little is mentioned of
this by Western news sources. Or by Western Christians. Are we waiting for the
atrocities to disrupt our own comfort before we cry out to God?

I am unthreatened at
present, and as such perhaps not holding the Gospel as dear like those slain
around the world must have held it. For them, the fight is done and the
everlasting has come. For others, persecution is at the door. How unyielding
their grasp must be to endure the weight of that burden. Yet, I do hold the
Gospel most dear, for it will outlast politics and nations and wars and death.
The Gospel will be the only good news left at the end of this age, whenever
this age is destined to end. And it alone will be enough.


If you want to read the previous “Gospel” posts,
just click on the titles.
News articles referenced in this post:
OBAMA’S ANTI-TRUMP QUEST TO CRUSH AMERICA