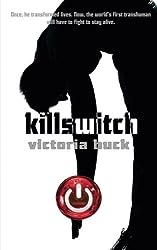 The time is right for introducing the world to the marvels of techno-In the near future, fugitive Chase Sterling evades the transhuman life his creators intended him to lead. He connects with the Underground Church, confident his enhanced strength and intelligence make him the perfect guardian for those forced into a strange and secret existence. What could possibly go wrong? His unimpressed bodyguard is out to get him, his affection for a certain young woman may not be mutual, and a deceitful recruit accompanies Chase on a rescue mission . . . with plans to kidnap him. The leader of the underground is dying and the government is closing in. The super powers Chase relies on are switched off by an enemy he thought he had escaped.

It's enough to make a transhuman give up.

Will he find the courage to keep going before all humanity is lost?