Moving from Nonsense to Civility 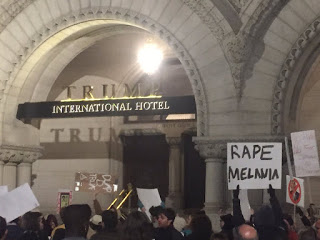 I missed the whole #assassinateTrump craze on
Twitter because I was busy with, you know, real life. But on Sunday I did catch
the #RapeMelania nonsense.

Here are a few of those tweets:
I
just saw that Rape
Melania is trending This week, many tweets talked about killing
Trump More reminders that Love Trumps Hate is a lie
So
“Assassinate Trump” & “Rape Melania”
is the narrative from the “tolerant” liberals and the lib media will
protect these violent animals.
From
“Love Trumps Hate” and “Stronger Together” to “Rape Melania”
and “Assassinate Trump.” #LiberalLogic
As a
black woman, I despise the racism and misogyny of @realDonaldTrump but Rape Melania
is disgusting and should not be tolerated!!!
“Assassinate
Trump”, “Rape Melania“, “Riot” trending
shows that the Liberal Media has embolden the most dangerous people in America.
I’m
asked a lot how I can be gay and vote Republican. I want NOTHING to do with a
party who’s sunk so low to have a Rape Melania sign.
The
left says the Rape
Melania doesn’t represent all them and yet I’ve seen them lump
all Trump supporters as racist due to some bad apples.
If
I’m at a Trump rally protesting and I hear someone say, “Rape Melania“.
You catching these hands. How dare you disrespect women like that

And an
alt-view:
Rape
Melania trending is the alt-right being told to pretend to be left
and cause our own party to implode. It’s a tactic. Learn about it.
______________________________________________________________________________
The
nastiness eventually went away, but shame on Twitter for not shutting it down
sooner. I get it—freedom of speech and all that. The problem is that some think
Twitter pulled it after becoming convinced it was indeed a bogus ploy
by…somebody to prove…something. More likely they stopped the hashtag because the
left was coming off as idiotic, cruel, and dare I say, immoral. Which leads me to
another recent declaration:
“New
York Times columnist Thomas Friedman calls the Trump victory a ‘moral 9/11
except that 9/11 was done from us on the outside and we did this to
ourselves.’”
But did we really? Whether we preferred a crass
renegade or liberal career politician, almost half of us didn’t care. MSNBC
reported that 46.9% of registered voters didn’t vote in this election.
The protestors, no doubt, are from one camp.
Questions as to how many of them actually voted are irrelevant. They’re mad and
they have a right to make a stink about it. Though corralling people onto buses
and delivering them to certain high-profile spots seems less like free speech
and more like planned media events. 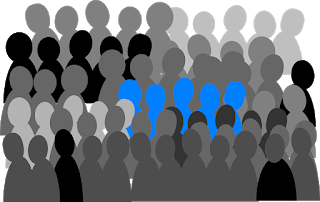 As for the count of non-voters, perhaps
some thought this was no contest and didn’t bother casting their ballots. But most
of the apathetic likely saw no good choice, so they stayed home. Perhaps there
was no good choice, but there was a choice and it has been made. Those who
voted and those who didn’t, the ones protesting and the ones celebrating now have
the same president elect. We still have the right to march and cry foul. Do we
still have the fortitude to stand together as citizens and encourage peace?
To the Christian community,
of which I am a citizen, don’t be so quick to declare moral victory as the
liberal tone cries moral defeat. Here’s our part in facilitating peace in our
ever-changing nation. I included it my last blog—pre-election—and now its
weight is even greater.

“I urge, then, first of all, that
petitions, prayers, intercession and thanksgiving be made for all people—for
kings and all those in authority, that we may live peaceful and quiet lives in
all godliness and holiness. This is good, and pleases God our Savior, who wants
all people to be saved and to come to a knowledge of the truth.” I Timothy 2:1-4