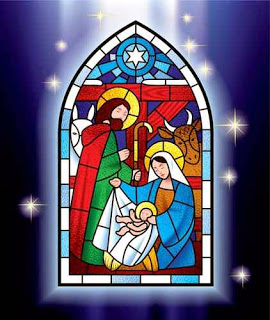 We all know it probably didn’t happen in December. The manger scenes we display on our tables or in our yards may not be an exact representation of the real thing. Our Christmas is more culture than conviction. While we’re shopping, baking, decorating, and even while we’re singing out with joy, we do well to keep in mind the awesome peculiarity of God’s gift. At the church I attend, we dedicate each Sunday night in December to singing about the great event that took place and changed the world. Our first evening service of the month brought a new song, one written and sung by a young church member.

The words of the song sank deep and reminded me that God didn’t have to send us a baby in a manger. That baby didn’t have to give up residency in Heaven and lay down in the dirt where animals slept. He could have stayed where He was and done one of two things—revealed to us in a loud voice that we must follow Him, or else just wiped us out.
But neither of those plans would have suited Him. He made us in His image, and so we can’t be obliterated—not really. He’s eternal, so we’re eternal. And using His outside voice isn’t exactly in His nature either. At least not when it comes to redeeming His children.
So did He have to come as a baby and live like a peasant and die like a criminal? We can’t answer that question. It’s what He did. He did it for us. He did it for Himself. But he could have just let it ride. We—the whole human race—would have burned ourselves out eventually and existed eternally apart from Him. That’s what would have happened if He didn’t do what He did.

The angels made an announcement that night—whenever it was.  “Good tidings of great joy.” And then a light came on. Maybe the whole sky lit up. Maybe the light burned in the hearts of those who heard the angels’ cry. Maybe it was just a low glow in the souls of all mankind. A spark to ignite future generations. A glimmer to remind creation that redemption had come at last. Whatever it was, our dark world got interrupted by His glory. Halleluiah.
He could have left the light off—said, “Nobody’s home. Not for you, lost world.” But He didn’t.
Chorus from that new song—one I hope we hear again in our church next Christmas:
You could have stayed on high,
But you came into our night.
Came to give us light. Came to give us light.
( written by Beka Burns)