Life is a Pair of Ducks

Is it still okay to say it’s not okay?

What I mean to say with my duck analogy is, of course, that life is a paradox. The life of a Christian is definitely ducky. We live in perfect peace while fighting against the devil, temptation, and even our own inner selves. We accept that we’re wretched in our lost condition, an enemy of God. And then just like that we’re washed clean and we’re called friends of God. We’re weak, but made strong in Christ. We are most helpless, but never hopeless. We worship a poor carpenter who was born in a barn and died on a cross, knowing that He is King in our hearts and King of the world. We’re destined for Hell, but we’re going to Heaven. We must stand strong against the evil surrounding us. And we must humbly offer Christ to those standing against us.

I saw a post on social media proclaiming that “if Christianity is to survive in America, then it is time we start standing up and speaking out against people and organization that disrespect us!” Now, I may have some friends and followers who liked this post and shared it. I get it—good Christian people are fed up and demanding equal voice. Or at least a little validation that they matter as much as anyone. It’s okay to speak up—we still have that right. But what we get is a “sit down and shut up” attitude from media and popular opinion. More and more, it seems everybody has a right to everything. And we Christians are feeling, what…left out? Do we really expect the approval of this world?

But there’s a duck in the pond claiming I have no rights. I’m bought and paid for. I belong to Christ. I’m waiting patiently in a dark place for my Redeemer’s light to break through. I have no fear of being left in darkness, or of not getting my due recognition on Planet Earth. I can’t change anything and I don’t want to gripe about it anymore. I don’t care who uses the bathroom at Target. I’m pretty

sure I don’t have the right to modern, proper, or even private facilities. Most people around the world aren’t so fortunate. It’s just one of many rights we think we possess because we’re Americans. 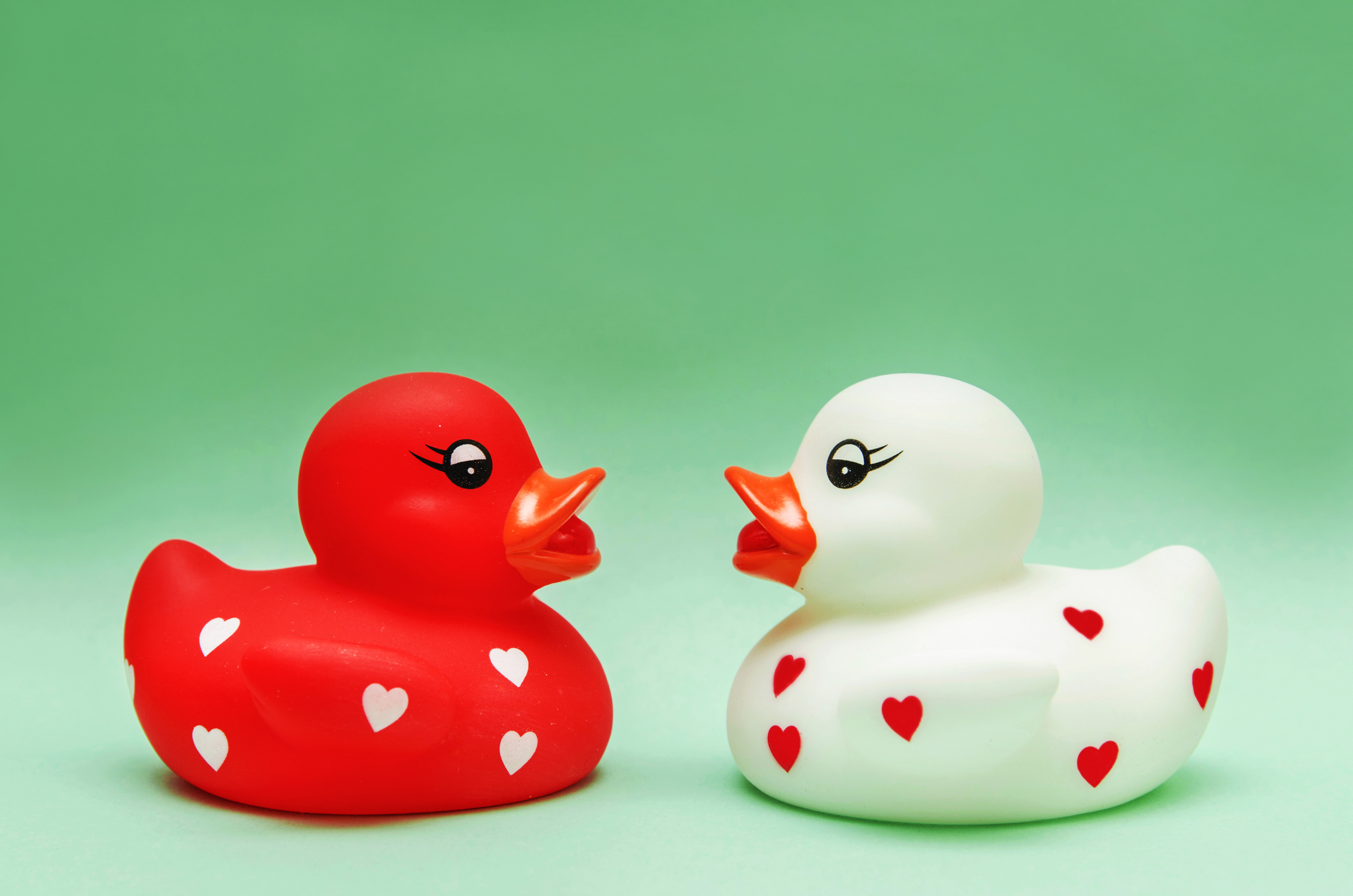 As soon as I say that, the other duck swims my way, quacking about a serious issue that is not being addressed—this post-modern need for total acceptance of every deviation as normal. No good end will come from regarding each pulse of self-awareness, because that pulse is rebellion against God and it knows no limit. Gender identity has the attention of the media right now, and it’s not foreign to me because it has affected a member of my family. As a believer who must stand for God’s purposeful design in making both male and female, I must also stand for every lost person’s right to hear the truth. Sometimes, it might mean laying down my own rights.

Can I preserve my right to share the truth, without fighting against what the Word of God and my own conscience tells me is wrong? I don’t know. If God encourages me to fight, I’ll fight. If He impresses a silent war of prayer, then I’ll pray. The law can’t govern how or what I pray, or to whom I pray. It can’t stop me from speaking or writing or thinking the truth. It can try. But I belong to a great King. This is His world and He will right the wrong. He’s the only One who can transform a human being. We can’t transform ourselves, no matter how hard we try. Sure, it gets confusing and sometimes I don’t know where I stand, except that I stand on the firm foundation of Christ. So nevermind the ducks. He’s got this.