A Beginner’s Guide to Talking Like a Real Christian

As luck would have it, I have an ax to grind. I may be a day late and a dollar short, but I’m going to call a spade a spade and I won’t get caught off guard. To coin a phrase, even if it cuts to the quick, come hell or high water, I’ll never use another cliché as long as I live. You can take it the bank. I’m sticking to my guns. I’m ready to straighten up and fly right. 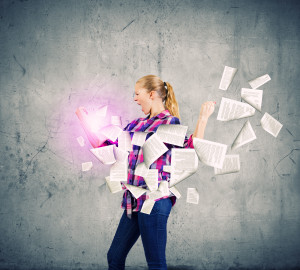 When you hang with writers, they notice if you use too many clichés. There’s always someone in the group who’ll tell you one cliché is too many. You’re a writer, for gosh sake. Come up with your own words. Say something original. Nobody will take you seriously if you fill your paragraphs with phrases you didn’t actually write.

I learned this lesson a while ago and I’m careful. Although a character might develop a personality that lets me know he or she would say something like, “Give it a rest. It’s a sweet deal, so get off my back.” Well, I wouldn’t use three clichés in one quote. If I did, my proofreader would rake me over the coals. Not really, she’s a peach. But she wouldn’t sweep it under the rug. She’d tell it like it is.

Getting obnoxious? Sometimes I feel the same way when I listen to Christians talking to each other, and I wonder if they mean what they’re saying. For example:

This often follows a request for help in some specific area of church service. Not always, but most of the time what it really means is, “Who? Me? I don’t think so.”

“God won’t give you more than you can handle.”

Oh, really? Can you find that in the Bible? Well, there is this: No temptation has overtaken you that is not common to man. God is faithful, and he will not let you be tempted beyond your ability, but with the temptation he will also provide the way of escape, that you may be able to endure it. (1 Corinthians 10:13 ESV)

So God won’t allow you to be tempted without giving you some help. That kind of help, of course, is beyond your power. As for anything and everything else that comes at you, God might give you much more than you can handle. And in doing so, He might bring you to your knees (cliché). And you might learn to depend on Him.

“When God closes a door, He opens a window.”

So you can climb out the window and drop three stories into the mess He closed the door against?

“If God brings you to it, He’ll bring you through it.”

Well, maybe He’s not the one who brought you to it. Or maybe He just wants you to sit in it for a while.

“If your Bible is falling apart, then your life probably isn’t.”

Emphasis on probably. Sometimes the life of a Christian seems to fall apart for no good reason. This can only be explained by using another cliché:

Well, duh. But it’s true. We do not understand everything about God, or ourselves, or the turns in the road of life as we go on our walk with God (cliché).

Then there are the things we (Christians) say to others (non-Christians):

“God loves you just the way you are. But He loves you too much to leave you that way.”

“Ask Jesus to come into your heart.”

The words don’t matter. If this is what you prayed when you answered God’s call, and you internalized the truth of the Gospel, then okay. You didn’t do anything wrong. If this is NOT what you prayed, and you internalized the Gospel, then okay. You didn’t miss a step. But be careful throwing this phrase around, especially with kids. They take things literally and it might freak them out. 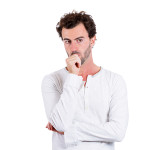 “Can I tell you how you can be saved?”

In this post-Christian society, the person you’re trying to sway doesn’t know what you mean by that. And yet he knows exactly what you mean—you’re trying to get him to change, to go to church, to be a good person. Is that what you meant to say? Because that’s what the guy you’ve cornered is hearing. Instead, be a friend. Earn his trust. Do it without an agenda. You might be the only Jesus he ever sees. (Don’t ever say that out loud.)

A few clichés even God might be tired of hearing when we talk to Him:

“Dear Lord, thank you for this day.”

Not that I’m not grateful for this day, but come on. Thank Him for something else.

“Put a hedge of protection around us.”

I wonder if people who overuse this prayer know the Biblical reference. Then Satan answered the Lord and said, “Does Job fear God for no reason?Have you not put a hedge around him and his house and all that he has, on every side? (Job 1: 9-10)

So is there anything wrong with praying for God to protect you and yours? Of course not. But a hedge? Make mine a reinforced brick wall, please.

“Be with all those who are sick and can’t be with us today.”

Maybe God’s saying, “Hey, I’m omnipresent. Why don’t you come over and join us?”

The language of the modern-day Christian goes far beyond this short list to the enormous and growing vernacular called Christianese. We use it without realizing it. It’s comfortable. It’s efficient and saves time when trying to get things moving along within a body of believers. (There it is—body of believers is Christianese.) I speak it myself, although a quick peruse of the Christianese online dictionary proves I’m less than fluent. Even though I’m a born-again believer living in the Bible belt who covets your prayers for my blended service, mission-minded church, I don’t think I’ve ever heard a BHAP (Big, hairy, audacious prayer). I’ve heard of missionary dating, but I never met a man professing to be a bachelor till the rapture. I don’t know how to pray a flash prayer, or where to find a Goditorium. I’ve heard of knee mail, but I didn’t know you could be excommunitweeted.

Learning Christianese as a second language could take years. I suppose it would be helpful to know if I never went outside of my church. As it is, even though I’m a foreigner in a foreign land (Christianese) I want to be understood by the natives. So I will speak their language. Well, not every single word of their language.

I mean, don’t get bent out of shape, but all heck breaks loose when a Christian rocks the boat or pushes the envelope with a little trash talk. The Bible asks how praising and cursing can come out of the same mouth. Good question. Don’t pop a vein, but it’s ugly as sin. It makes me madder than a wet hen when that happens. If I can’t shine my light in a lost and dying world (Christianese), then I don’t have a leg to stand on. What I’m saying is…maybe I can talk the talk, but can I walk the walk?

One more thing: Yes, I know the title of my novel, Wake the Dead, is a bit cliché. But it’s not Chrisianese. Or is it?