In my last
blog post, Future Church, Part I, I wrote about the methods my church has
adopted to assure the gospel continues to influence future generations. Most
evangelical churches are utilizing similar practices. Historically, we’re only
repeating a pattern of adaptation. Worship-style changes. Outreach is adjusted.
We alter our ways to remain effective in our culture, but we are still frail,
imperfect people. And God is still God.
If you’ve
read my fiction, you know I’m interested in transhumanism. I made up a lot
of stuff when I wrote my trilogy about Chase Sterling, but I didn’t make up all
of it. Using technology to bolster the human race is the aim of the
transhumanist. It’s for our own good. Now, in addition to giving us better
bodies and brains, a group within the group wants to bless us with an AI deity.
A god-bot. 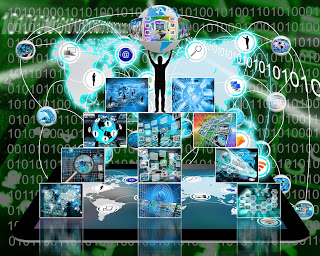 Recently I
read a couple of articles about the techno-god who will make us better humans.
From my worldview, I can only consider this movement as representing the
transhumanist agenda, and not the church. But to some it covers both the aim of
progressing of our race and lighting a new path to our understanding of God.
Anthony Levandowski, a man behind the self-driving cars I wrote about in my
books, has launched a religious non-profit group. Here’s the mission statement:
“Our mission is to develop
and promote the realization of a Godhead based on artificial
intelligence and through understanding and worship of the Godhead
contribute to the betterment of society.”

A slim branch of the
church, or pseudo-church, called the Christian Transhumanist Association
supports the idea of creating a god for us to worship. Sound familiar? I think
it’s been done before. Are we so itching to build an idle for ourselves? I
believe most of us aren’t, but the CTA believes that AI can be used in
promoting the gospel. Of course, it can. The inventive drive of the human race
comes from our God-given gift of creativity. We who follow Christ should use
that energy to glorify God and reach the lost world. But shifting the focus of
our worship from the one true God to an AI facsimile would neither glorify God nor
ensure the future of the church. 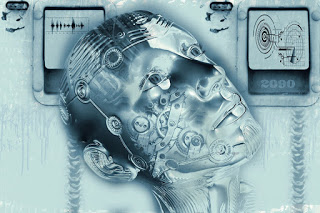 I’ve no doubt
transhumanism will benefit people, Christians included. It may also lead to our
destruction. SpaceX and Tesla Inc. founder Elon Musk is quoted as saying that
with AI we are summoning the demon. I agree with the clergy who note that
technology can be used for both good and evil, but when I think about the mass
of humanity being led by a digital god, I’m reminded of the second beast in
Revelation 13. An image coming to life? An unholy beast? Could this be the
god-bot? I have more questions than answers, but I won’t be turning my head to
the AI deity. It may bring a glance from those who have not tasted the truth of
the gospel, but it will save no souls.
This certainly can’t be a
move of God to carry the church into the future. It’s almost laughable to think
of true believers trending this direction, but some people are hoping to pull
the church right along into the strange new world.  It makes the music and ministry ideas my
church has adopted seem like rather old-fashioned attempts at remaining
relevant. Will our methods be enough to ensure the hope of the gospel reaches
the next generation? Because the future is coming.
No, the future is here.
Ref: https://sputniknews.com/us/201710081058050499-ai-god-debate/