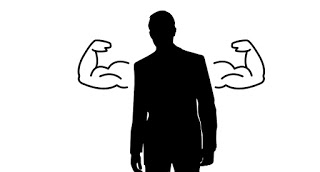 An old song claims a man makes
everything and then earns the money to buy everything. The lyrics are trite and
outdated, but perhaps, like me before I googled the song, most people only
remember the hook: “This is a man’s world.” James Brown composed the tune, but
it was a woman, Betty Jean Newsome, who penned the words. Years later, Newsome
claimed Brown wrote none of the song and that the royalties due her had not
been paid.    Seems it was a man’s world, after all.
The role of the woman was given vague
mention in the song that became a classic. The man would be “nothing without a
woman or a girl.” The chauvinistic theme placed the woman in the sideshow of
the man’s world. She was a supporting character. But not anymore. This is a new
world, and the woman is center stage.

The progression of women into a greater
force started long before the memorable women’s march in January 2017. That day,
I wondered what they wanted, besides the chance to voice their outrage over the recent presidential election. If
it’s seems odd that I would refer to women as they since I’m one of them, it’s not because I’m ashamed to be a
woman. My womanhood is not insufficient. I’m not weak, or incapable, or of less
value than a man. I’m also not power-hungry, or angry, or fearing the violation
of my rights, so it’s hard for me to feel their pain. To experience their
hunger.
That particular women’s march was not
the first or the last, but it was grander in scale. News coverage gave the
event what it needed to clarify undoubtedly that this was no longer a man’s
world. Since then many prominent men, some of them newsmen who covered the
women’s march, have been taken down by women. Sexual abuse and harassment will
no longer be tolerated, and rightly so. But why did it take a movement to give
women the courage to speak up? I’m sure there are varied reasons, and I
empathize with the women compelled to keep quiet for a decade or longer. The
man’s world can be intimidating.
The goal of the modern woman for
herself and her sisters is leadership in the workplace and in politics. Women
are running for office and winning. Good for them. Many men have abused their
power. But misuse of authority is not a man’s issue. It’s a human one. Hopefully,
the ambition of the new women in charge of our nation’s policies is pure and
the ensuing changes will benefit all people.
But when I look at the crux of the
movement, I wonder if the motivation is uncorrupted. I realize protecting the
rights of the unborn is far from the heart of the women’s movement. I know abortion
is legal and that it might seem the only choice for some women. But it used to
be a difficult decision, a choice made under great distress. Even now, I’m sure
most women considering this option don’t go into it with a casual attitude. But
some women want to change that.

The women’s movement in the modern era
demands, even celebrates abortion. And when women march, the message turns
gruesome. The displays in the streets have been bloody and the language from
the mouths of protesters has become obscene. Signs depicting female reproductive
organs have carried the message: “This machine kills fascists.” A banner was
painted to read: “If Mary had an abortion we wouldn’t be in this mess.”
Are women intimidated, harassed, and denied
their rights because Jesus was born? This is where my womanhood grinds against
theirs. Jesus liberated us from “this mess.” He spoke to women when he wasn’t
supposed to. He treated women with respect. He healed them, absolved them, and
welcomed them. He gave them a voice. He might have been the first man on earth to
support women’s liberation. In the centuries following the remarkable earthly
ministry of Jesus, women gained the right to become citizens, to own land, to
run businesses, to lead countries, and to fight wars. And if a woman becomes a
follower of the One who marched to the cross for her redemption, she has the
privilege of proclaiming the gospel. She has the power to gain much from
selfless giving. She has the confidence to achieve her calling and the freedom to
experience the joy of being a woman.
No woman in this modern era can be held
back from accomplishing anything set before her. It really has become a woman’s
world. But I don’t belong to this world. I know my Liberator and He knows me. And
that’s a declaration to paint on a banner and wave in the streets.